Traditional Catholic Prayers: Look up, your redemption is at hand: The Illuminati

Traditional Catholic Prayers: Look up, your redemption is at hand: The Illuminati

But first comes the Antichrist
Beware! Have nothing to do with it upon pain of Damnation! 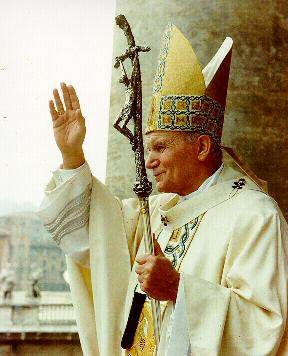 The sign of the Black Satanic Mass, the Abomination of Desolation offered to the Devil and for the purpose of bringing forth the Antichrist
Notice the "5"
Just like 5 antipopes so far (six would be a hexagram, the Star of Remphan of ersatz, not eretz - Israel)
5 Antipopes:
John XXIII,
Paul VI,
John Paul I,
John Paul II,
Benedict XVI
I am not saying this is accidental - it is planned, what has called the "Revelation of the Method."
Of course the gentile Illuminati always have the Jews, who they have enlisted as their accomplices to blame for all that the gentile Illuminati do.
Eventually that will lead to the Jews taking complete control over it all and usurping all power and rule in a most Diabolic plan ever which will result in the coming of the Antichrist, ad-Dajjal.

Freemasonic Motto, Seal and Symbol of the Illuminati's French Revolution
"After me, the deluge"

is a Freemasonic mockery of true Religion and good Government uttered by Louis XV. The worst damage had already been done during the prior reign of Louis XIV, The Sun King (Le Roi Soleil), by the practice of the Black Mass in the royal court; it continued from then. This is the exact model for the Satanic Black Mass, child sacrifice by murdering and offering this murdered child to Satan, on June 29, 1963 performed in the Vatican (see below). Satan's vilest of disciples and monsters, Cardinals Richelieu and Mazarin were active throughout the whole period of Louis XIII and Louis XIV.
If you have commerce with the Devil you will pay the piper.

Le Roi Soleil. The Sun King. Notice the symbolism - Sun worship, in a tyrant who was devoted to the Devil and his own tyrannical self worship, the same as Adolph Hitler and the Aryan Thule cult with the Sun symbol, the Swastika.
"Après moi, le déluge" was said by Louis XV, King of France 1710-1774
Look up, your redemption is at hand: The Illuminati

When (not meaning the Requiem Mass) referring to the Black Mass, know that therein is everything that is at center, the complete core of the Illuminati.

2. The name of a blasphemous and sacrilegious parody of the Mass in which the Sacrifice is offered to the devil. This abominable perversion, an outgrowth of medieval witchcraft, was practiced in the 17th century by members of the court of Louis XIV. In modern times it was revived, especially in France, as a diversion for degenerates.

The core, and central to the Illuminati, of everything they are about is the Satanic Black Mass. It includes pedophilia and child murder. All the rest of the wars and rumors of wars (911 etc.) and the murderous evil false 'abortion rights' and thieving economic policies - ad nauseum, of their agendas, all covers for this group of self styled 'elites,' whether propagated through the false Vatican of 'Vatican II' or the EU or the United Nations or the New World Order etc., center on this abominable Diabolic worship of Satan.

The first evil is to the Church founded by Jesus Christ, since Satan thereby enters in and rules an apostate shell where once the true Catholic Church had been - the Great Apostasy, which is then only Babylon (the remnant of faithful Christians, wherever they take refuge, are the only true Church for they obey the command to come out of Babylon. q.v. -Apocalypse 18:4 And I heard another voice from heaven, saying: Go out from her, my people; that you be not partakers of her sins, and that you receive not of her plagues. 5 For her sins have reached unto heaven, and the Lord hath remembered her iniquities.).

"Malachi Martin, a former Jesuit, understood. A prolific author of books and novels describing the corruption both in the Jesuit order and the Catholic Church, took a special interest in the Kunz murder. Martin also wrote a 700 page book, “Windswept House,” which told the story of an occult, Satanic conspiracy of pederast priests led by the Archbishop of Century City, a veiled reference to Cardinal Bernardin. I heard Martin discuss his book with Milt Rosenberg, a radio talk show host on WGN. He admitted that his novel centered on Bernardin but explained that he did not make that explicit in the story because he did not want to have his “kneecaps blown off.” Martin died from an accident in his home." (From: They Who Understand, 10/2007 - Book Review by George Kocan “The Rite of Sodomy: Homosexuality and the Roman Catholic Church,” by Randy Engel, New Engel Publishing (2006), Export Pennsylvania, 1283 pages; www.riteofsodomy.com)

“Windswept House,” among other sources, also made explicit reference to the June 29, 1963 Black Mass in the Vatican.


It is Illuminist Masonry that we find at the core of the Vatican II apostasy. The smoke of Satan is the Satanic black mass, as mentioned by Malachi Martin in his writings. Although the Antipope Paul VI mentioned the smoke of Satan, he was part and parcel of it. It is especially the black mass child sacrifice by murdering and offering this murdered child to Satan especially in the Vatican, it is that form, that is the core of the Novus Ordo and Vatican II and everyone that is connected with it and has lead and will lead to nothing but apostasy and that black mass that continues to this day; this Masonry with the Judeo-Freemason Cardinals of the Vatican who were and are the willing servants of Satan and the Antipopes who are the willing pawns of Satan. Those Antipopes are: John XXIII, Paul VI, John Paul I, John Paul II and Benedict XVI.

This prefigures the final abomination of desolation in the rebuilt temple in Jerusalem, the human sacrifice to the Antichrist in that rebuilt temple.

Other reference to Illuminati.

From: The Modern History Project -

• The Birth of Tyranny

The Freemasons, the Illuminati, and the House of Rothschild

A brief history of the Freemasons in England and America

The Order of the Illuminati

The development of the Order of the Illuminati, and their infiltration of the Masonic Lodge

The Illuminati in America

The Illuminati organization spreads from Europe to America

See:
The Meaning of Christmas